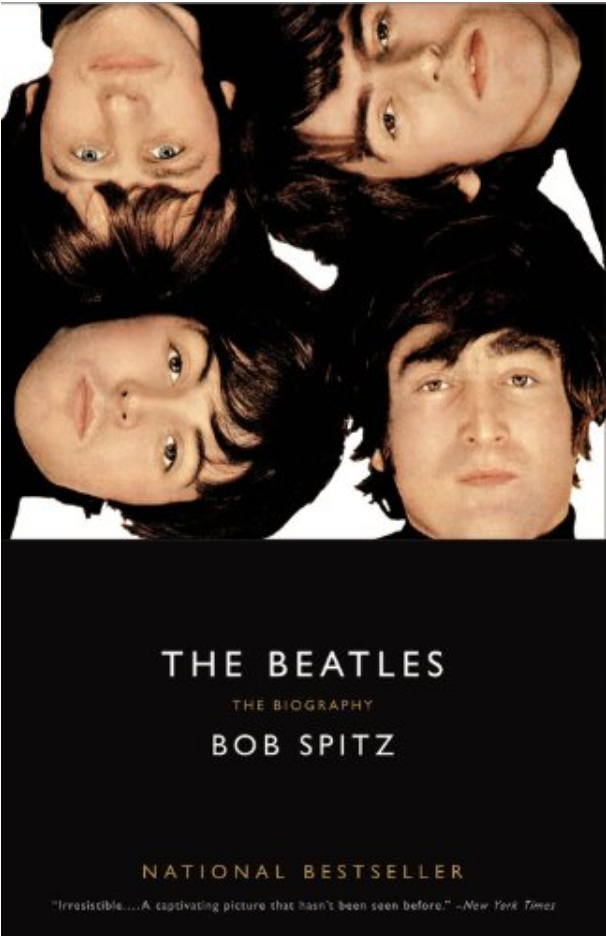 To order a personalized, autographed copy of The Beatles: The Biography or any of Bob’s other bestsellers, please click here.

The Beatles: The Biography

It’s all here, raw and right – the highs and the lows, the love and the rivalry, the awe and the jealousy, the drugs, the tears, the thrill, the music, and the magic never to be repeated – in a vast, exuberantly acclaimed book that’s as joyous and revelatory as a Beatles record itself.

A NEW YORK TIMES Notable Book of the Year

“Irresistible … The Beatles amplifies and corrects some of what is known about the band’s formative years. It shapes a particularly vivid picture of the young, surly John Lennon … It powerfully evokes both the excitement and the price of such a sudden rise … A captivating picture that hasn’t been seen before.”
-Janet Maslin, New York Times

“A compulsively readable history that brings the same exhaustive level of scholarship to the Fab Four that Robert Caro brought to Robert Moses and Lyndon Johnson.”
-David Bauder, Associated Press

“Ten pages in, we were hooked. Bob Spitz’s beautifully written chronicle breathes new life into the familiar story…The author’s passion for his subject, and for every nuance of every scene, electrifies even the most familiar moments in the legend.”
-Jane and Michael Stern, New York Times Book Review

“In the thirty-five years following the breakup of the Beatles, there have been many ‘definitive’ versions of their story. But Bob Spitz’s The Beatles makes a strong claim to that crown, with vivid prose, new interviews, and a level of factual rigor that will educate many hardcore Beatleologists.”
– Gavin Edwards, Rolling Stone

“Riveting … Startlingly well-reported and consistently engaging … Even though the Beatles’ story is well known, Spitz has fleshed it out fully, revealing the flawed, singularly creative human beings behind the lovable moptop image…What Spitz does exceptionally well is contextualize.”
– Carlo Wolff, Boston Globe

“Masterly … A deep, serious, and accomplished account worthy of the most important band in the world … A book that, although exceptionally lengthy, is actually the perfect size … Spitz expertly captures the sense of time and place to frame his story.”
– Tom Sykes, New York Post

“Richly detailed … The Beatles comes as close to being a quick read as any 983-page book has a right to be … Spitz also does a remarkable job capturing the distinct quality of each Beatle.”
– Jonathan Bor, Baltimore Sun

“Juicy, detailed, well-written, and authoritative … What makes Spitz’s book a standout is his attention to visual detail … He has a knack for description and for cliffhangers. Every chapter of The Beatles promises more misery for the lads, more pleasure, more surprise.”
– David Kirby, Atlanta Journal-Constitution

“Spitz has done a masterful job of focusing his kaleidoscopic eyes on the greatest pop thing since Jesus.”
-Richard Gehr, Village Voice

“Spitz marshals a staggering mass of research … The early chapters are irresistible; they have the hypnotic effect of a film clip run backward.”
– Lev Grossman, Time

“Filled with intimate scenes … The first third of this opus is a treasure chest of revelation … Spitz demonstrates his deep research and writing chops by transporting us to the place where it all began … This book reminds us – in generous detail – that the Fab Four were just people.”
– John Kehe, Christian Science Monitor

“Spitz’s genius is how he stitches together available Beatles knowledge with the artistry of a fine novelist.”
– Michael Tarm, Cincinnati Enquirer